Alien hand syndrome (AHS) is a rare neurological disorder that causes hand movement without the person being aware of what is happening or having control over the action. The afflicted person may sometimes reach for objects and manipulate them without wanting to do so, even to the point of having to use the healthy hand to restrain the alien hand.  A new study identified the areas of the brain involved in both voluntary and involuntary movement and found that neural activity was restricted to the primary motor cortex during the unconscious motor activity seen with AHS. The study will be published online in the Annals of Neurology, the official journal of the American Neurological Association. 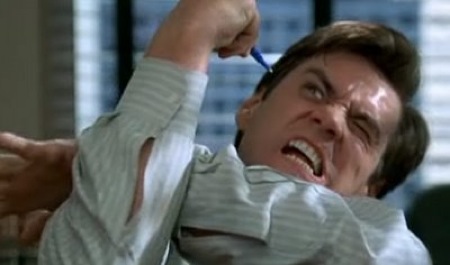 Led by Frédéric Assal of University Hospital in Geneva, Switzerland, researchers conducted a study of a 70-year-old right-handed man who had AHS after suffering a large stroke in the right parietal lobe. His left hand had normal motor function, with only slight weakness and clumsiness, but showed marked sensory loss. His alien movements consisted of involuntary gestures or grasping with his left hand, which he sometimes did not notice due to mild left visual neglect (a condition in which the patient is unaware of events in the left visual field even though the visual pathways are intact) as a result of the stroke. The researchers performed two functional MRI experiments in which the patient performed simple motor tasks that allowed them to compare similar left-hand movements executed both consciously and unconsciously.

“To our knowledge, these fMRI results reveal for the first time the neural correlates of AHM,” the authors state, and a major new finding is that AHM was associated with highly selective and isolated activation of the contralateral primary motor cortex. The fact that motor cortex activity was identical during AHM and voluntary movements indicates that conscious and unconscious motor activity involves the same underlying brain structures and that activity in the primary motor cortex does not correlate with voluntary movement. In addition, the study shows that “while M1 [primary motor cortex] may code for limb movement planned by parietal systems, only activity in the latter (but not the former) may mediate conscious experience of motor intentions.”

The authors conclude, “These data open new perspectives for the comprehension of neurological and neuropsychiatric disorders associated with abnormal motor control or abnormal awareness of action, such as utilization behavior, phantom limb, anosognosia [in which a person suffers a disability due to a brain injury but is unaware of it], or delusions of control in schizophrenia.”

Check out this fascinating video about this syndrome